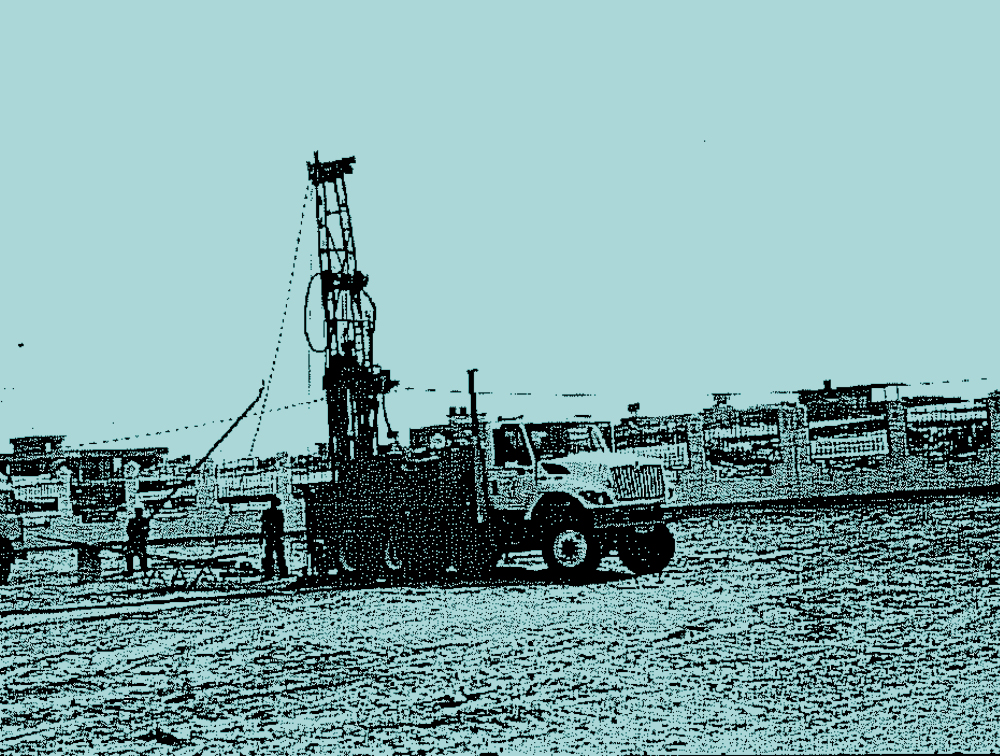 Experiences with the quality of piling

Arriving in the north of Libya in 2014 we realised the following situation. Piling had been completed, around 200 piles were placed. Also the expensive pile caps were completed. Next step was the construction of the foundation beams above the placed piles. But before starting with the framework one thing stood between. The approval  by the PCM, the project management consultant. According to the contract, a integrity test should be done to approve the quality of the piling. The order for this action was quickly placed and the tests were executed.

The Integrity-Test interprets a sonar signal, sent from the top to the button of the pile. If there is no distortion this will be interpreted as homogeneous pile-structure. If the test is telling a distortion, this means there is something, which reflects the signal. It could be a failure in the concrete structure, which affects the function, or a piece of reinforcement, which will not affect the function. The result showed for five piles a distortion, which caused the consultant to deny the approval for further actions, until the cause will be cleared. So what should we do?

The common way to test the quality of piling is normally the blow count before an during the piling. But no reports were available. Next was the the simple but brutal load test. But unfortunately the equipment for the load test was unavailable at this time. 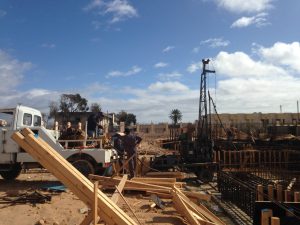 Core test is commonly required in the area of concrete industry to evaluate the concrete strength and sometimes it becomes the unique tool for safety assessment of existing concrete structures. Core test is therefore introduced in most codes. The test will be executed by drilling a big whole into the center of the pile. The center of the pile is the neutral zone, where no reinforcement is needed and the forces are zero. The drilling was executed for one typical pile 10 meter deep and in the evening they found something. It was a large peace of steel, not belonging to the reinforcement at all. Primally it looked like  a legacy of the WWII but soon it became clear, it was the head a lost drilling head. The drilling company had left this peace into the pile whole without notifying to the site management. This was the reason of the disturbance in the integrity test. 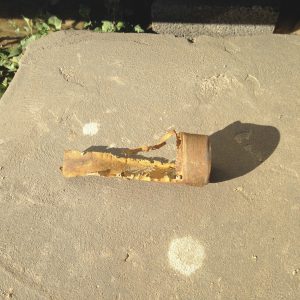 Rest of a lost drilling head 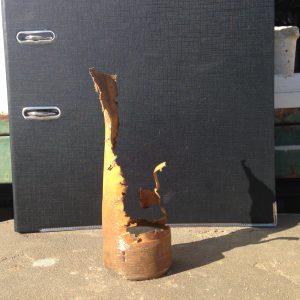 Rest of a lost drilling head

The drill-hole has been closed in a technically correct manner in collaboration with the consultant. There was no more doubt about the function of this pile. But the result of this test gave no direct answer for the other two questionable piles. Before ordering more expensive tests, we investigated the existing reports.

The existing reports were:

According to the geotechnical report the very stiff soil begins at the deepness of 8.00m under existing level of terrain (-9.35m Building level). The report required to put the foundation down to 10.00m under existing level of terrain (-10.50 Building-Level). As the piles are calculated by bearing and not by friction the most importing factor is to carry the load to the stiff soil. According to the Integrity-Test, the piles are at least 0.85m into the stiff soil. The main-function of the pile is not affected.

The Geotechnical-Report defines the security-factor with 300%, while according to ASTM it should be at 200%. Deduction: There is an extra reserve for the piles of 100%.

According to the structural-design the load compatibility is calculated with ca. 70% of the defined reaction load by the Geotechnical-report. Deduction: There is an extra reserve for the piles of 30%.

As shown above there is sufficient security given for the questionable piles. There is no doubt of the function. With these arguments we received the approval by the consultant and could continue with the next steps of execution.

In addition we increased the reinforcement of the beams above the piles, just for the case there will be a problem with one of the pile. In this case the beams will lead the force to the other piles. 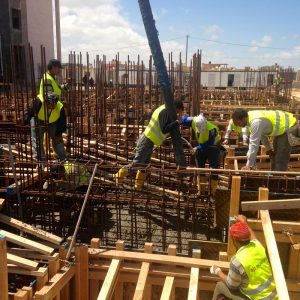